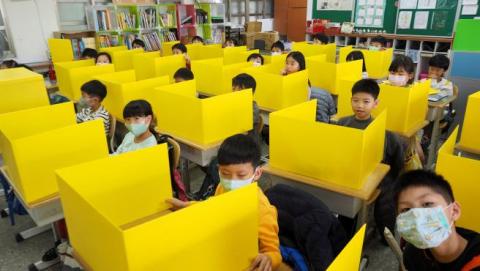 The confinement has dragged teachers, mothers, fathers and students into uncertainty and the question is clear: what educational model does the Coronavirus lead to? Who knows, perhaps this crisis will lead to an overhaul of current routines and a new way of looking at learning.

Although the answer cannot be given with total conciseness and certainty at this stage, experts are starting to make some first guesses about what the new provisional school may look like. Today, teachers have already started to move away from physical books and their paper pages to slides and interactive tools to replace the chalk and eraser boards. This in particular has meant that the lockdown's transition from school to home schooling was not so tragic, as most pupils were already familiar with platforms such as Moodle or Google Classroom.

However, an obvious and alarming fact is the reduction in hours or the impossibility of knowing with certainty whether students are attentive to the class or whether they are looking at any other page in an incognito tab.

The three major challenges for education

If one could summarise the three pillars of concern in educational terms we could distinguish three clear axes:

This challenge refers to the need to establish a new generalised academic calendar, without distinctions between communities and adapted to the time lost and the knowledge that still needs to be recovered. One of the factors that would drastically change the configuration of this calendar would be the possible creation of a vaccine or cure for Covid-19, which would allow a more rapid return to normality.

If not, schools should begin to consider the modification of timetables or possible staggered education, i.e. establishing different age groups and designing a timetable so that large school groups can be distributed by time slots or even by days in order to maintain the normative safety distance between people in the classroom.

Isabel Celaá, in an interview with the ultima hora website, declared that if no vaccine appeared for the reopening of schools, they would have half of the student body: "This means that part of the students will be working in person and another part telematically", announced the Minister of Education.

A challenge for teachers and students

Education administrations and teachers will have to be able to respond effectively to the aforementioned lack of hours and, consequently, to find new learning methods for students to absorb the lost knowledge. On the other hand, some recommend condensing the syllabus and keeping only what is essential and necessary, since it is often better to keep what is most important than to try to cover all the pages of the book.

However, who determines what is essential and what is not, and would it be the same if certain knowledge were omitted in primary school as in upper secondary school? Is the generalised pass mark that was proposed at the time fair? Only the future will know how to answer these questions. And the baccalaureate leads us to the university, which poses a new question: will the first years of the degree course lower their standards and be more permissive in the face of a possible lack of knowledge?

We cannot leave the future of Spanish employment in the hands of luck and benevolence, so many experts are pondering the possibility that a large proportion of first-year students will be forced to enrol in remedial academies or "bridging courses" in order to catch up.

This phenomenon could benefit those who can afford it and would be a real handicap for people who can barely afford to pay their university fees and are forced to apply for scholarships year after year.

The digital gap and its dangers

In order to serve students and conduct classes as normally as possible during the pandemic, teachers have turned to video-calling platforms. However, the digital divide, or the unpleasant reality that computing resources are unevenly distributed, whether by geographic area or economic resources, can be a lethal enemy to education. It will be as essential for children to have a good wifi network or a computer with a webcam at their disposal as it was in the past for a pupil to have a pen and paper to write on.

As for this challenge, Celaá proposed to combat it by modifying the curriculum in favour of the specific needs of each class of pupils. She also added in her interview that, fortunately, "in Spain 85% of the territory has broadband and we have connected schools. There is a percentage of students, not as high as some people think, without digital resources or who have been forced to share them with their siblings or parents. We are identifying them in order to provide them with resources".

At the same time, infobae has recently published an exhaustive analysis of how the situation is developing in the United States and the possible parallels with Spain from which we can learn. This article points out how the well-known media The Washington Post declares that bringing children back to the classroom "is one of the priority tasks to return to normality".

From buscarcole.com we want to give support to all those families who are suffering with uncertainty about the coming academic years and we send them a message of hope and patience. We will come out of this, and we will come out stronger than ever.